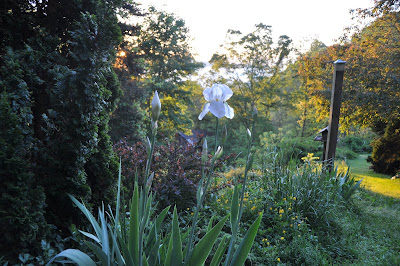 Finally! On May 15 I sent in my completed Under the Skin - the fifth Elizabeth book.  I have not heard anything yet -- other than the fact that Herself received it. And I have no idea how long it will take Herself to get to it and even less idea what she's going to think about it.  I suspect she'll have some changes she wants me to make.

In  the original version of Art's Blood, Herself felt that the killer was too obvious and suggested a change. She was right -- she pretty much always is. And she wanted a fairly substantial rewrite of The Day of Small Things (still scheduled for a September 28 release.)

So who knows what she may feels needs doing or undoing in this my sixth book? Not me. I just know it'll be better after I've responded to her suggestions.

I spoke to a large book club this month and a man asked if I didn't resent having to make changes -- if I didn't feel my artistic vision was being tampered with by my editor. (That's not exactly what he said but that was how I interpreted his question.)

And I replied, as  I always do -- for I get this question often, that I'm not writing great literature and that I see myself more as a craftsman and a storyteller than an artist.  And besides, even artists generally have teachers whose opinions they learn from.


So I'm bracing myself for a learning experience any day now.  In the meantime, I've been working in the garden, repotting all my potted plants (some of which are huge and most of which were in dire need of this attention. I'm starting to catch up on some long overdue housecleaning; I'm working through those boxes of mysteries I told you about last month.


And I watched a movie -- the first in a long time -- the newest Pride and Prejudice. Oh, it's been glorious to catch up on my own life after being totally consumed in Elizabeth's for so long! 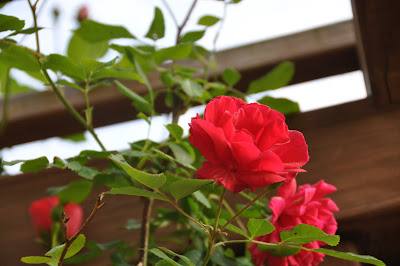 Elaine in Hawaii says: I tried a Maisie Dobbs, didn't like it. I never like heros/heroines who are never wrong, except for, oddly, Nero Wolfe. The latest Christopher Fowler that I have, The Victoria Vanishes, is really, really good. Lots of English history taught here, not to mention the laughs.
Deana the Queena in Burnesville, NC tells me:  I recently read a heap of the Hamish McBeth mystery series by M.C. Beaton. They're very light, but give some glimpses into the world of the Scottish Highlands and have good characters.
Mary, here in my neck of the woods writes: I read "Girl with the Dragon Tattoo"--and now you can't even tell me if you read or liked it. RATS!  I didn't think it was so wonderfully written, but it was so much fun reading!  I'm now reading the second one, "Girl who Played with Fire".  Don't think I'll read the 3rd one--they're getting a little too predictable.  98 lb. girl does major bodily harm, just in the nick of time, to 380 lb. man who can't feel pain.
Pat in East TN asks:

Sooooo, what are you going to do with ALL your free time?  HA, I only say that because folks always ask me, "What do you do all the time, aren't you bored?"  I could honestly smack them silly as there aren't enough hours in the day it seems, but so it goes.  We got so very much appreciated rain last night ... 1/2 inch in about 1/2 an hour!   We are dry, dry, dry here ... as of the other day 4+ inches behind for the year.  My poor berries, all varieties of them, are in such need of water at this time, and we were ready to haul out the hoses, but Mother Nature came to our rescue, + her water is much better then ours.  Potato bugs have invaded overnight AND on my tomato plants too, especially the Roma's!  Eeeeek!  Sooo, I'm out there with my soup can of kerosene picking those little buggers off.  They just about did the Roma's in, but I think/hope all but one will recover.
Other then that it's just been this/that work outside and a ton of company lately.  I've been reading some.  Dr. Bass from UT-Knoxville/The Body Farm has a new book out, and I'm a huge fan of his, so I literally flew through that one.  Now I'm reading CAUGHT by Harlan Corben.  I did see that in the box of books you are to read ... JMO, but this one is blowing me away!  Enough said! 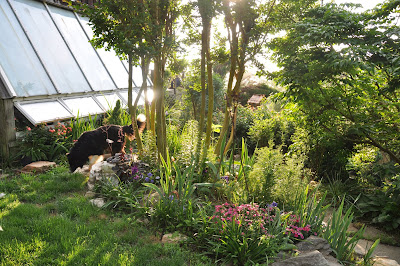 Pat's garden is way ahead of ours but I can report that mine is looking pretty good in spite of a late start.  May 15 is the standard date around here before which one risks frost so as soon as the book was off to New York, I was in the garden setting out maters and peppers and all such tender plants.

The next step is to tackle the shrubbery -- all of which needs pruning and weeding.  Probably a lot like that book I just sent off. 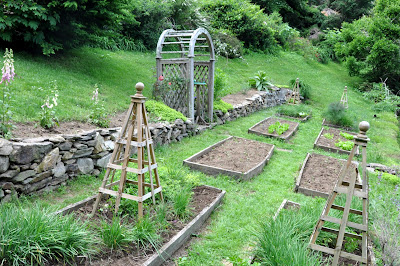 Here's a slide show from May -- does it seem like all I do is look at flowers?

A good editor is a blessing--she or he can dig your story out from under all those excess words you keep wrapping it in, and make it better. Sure, it hurts, but it's worth it.

I saw that you enjoyed a bottle of Prosecco. We enjoyed the same one recently. Who'd a thunk that, when BVL voted alcohol in, we could get imported sparkly wine as good as this at Ingle's, of all places? And such a pretty bottle!

So good to see you at Malaprop's, too! Not to mention the good news about the book. Funny that you consider yourself a "craftsman;" so do I. Why does "artist" seem like such a daunting word?

PS What's the story of the the photo of the blacksnake and the rattler, it that is indeed what they are?

I think you have a beautiful home. It is like somewhere I would like to live someday. That was a black sanke and a garter snake, wasn't it? I used to have them here, but for some reason, they have disappeared. The only snake I have seen in the last 3 years was a black rat snake who was only passing thru. What makes snakes go away like that, do you know?

Deana -- Prosecco is a gen-u-wine Good Thing!
Artist -- yeah, the word is daunting. But at its root, doesn't it just mean 'maker'? Still, it sounds so high-faluting to say 'I am an Artist.' But I can easily say that you, Deana, are indeed, and artist!

Snakes -- the two on the rock are both Northern Water snakes -- one immature. Yes, the one is marked like a copperhead but it's not.

There's another picture of a garter snake - long lines running the length of his body.

Anonymous -- snakes show up where there's something for them to eat -- like rats or mice (or goldfish, in the case of our water snakes.) You must not have enough mice or such to support a snake in the style to which he would like to become accustomed.

I have horses on my property and seldom see a snake. It's been years. I've been told that the vibrations of the horses hoves on the earth keep snakes away. ???

Delnora -- Could be. We have cattle and a donkey but we still have snakes -- our rock walls and woodpiles provide lots of hiding places for rodents . . . and thence, snakes.

Vicki, I love reading your report each month and seeing your beautiful photos!!! What a fabulous place in which you live!!! Makes me want to visit, except for the snakes...brrr. I love your books, as well. Keep them coming!!!

Eleanor -- haven't read either yyet -- on my list, for sure.

What do I think? I think I'm ready for The Day of Small Things to be in my hands : )Sounds like Herself is a good one to have on your side!

She is a Great editor, Tipper!