Can it be June already? Two or three weeks ago we were worried about frost. But Heaven knows, the past few days have felt like July.
We've gone into deep summer mode -- hitting the garden early and getting back to the house before noon, not to set foot outside before three. Fans are roaring; the eastern windows are shut till the sun's off them; and a big pitcher of minty iced tea has taken up residence on the kitchen counter.
I'm still doing research the Civil War novel.  Our little neck of the woods --which is, of course, where I'll set my story -- is somewhat atypical for the South in that there were very few slave owners and quite a few rugged individualists who just wanted to be left alone.  There are stories of men conscripted by the Confederate Army who deserted to return home only to be conscripted by roving Union soldiers.
And then there were the Outliers -- men who took to the woods rather than fight but all too often ended up as little better than criminal gangs, taking advantage of war's anarchy to settle old grudges.
A wealth of possibilities . . . I hope to give you a taste of it next month.

I've also been on a bit of a reading spree.  My dear friend Josie up and moved to California, taking only part of her extensive library with her.  I have been feasting on the remains -- an eclectic selection..
u

A Girl Like I by Anita Loos is a memoir of Miss Loos' long. long career in show biz.  Loos is best known for Gentlemen Prefer Blondes but she got her start in the silent films, writing her first script in 1912.  I found it a fascinating picture of an era.
The Talented Mr. Ripley by Patricia Highsmith is a terrific example of an anti-hero. I didn't expect to like this book but I couldn't put it down. That said, I'm not sure I'll look for the next in the series -- I really didn't like Ripley, even while I admired Highsmith's writing.
The Year of Magical Thinking by Joan Didion.  Didion could write about air fresheners and I would read it for the elegance of her prose. But she's writing about widowhood and she does it with such fine-wrought delicacy that I couldn't help thinking of an oyster, producing a pearl from the pain of an unwanted intrusion. 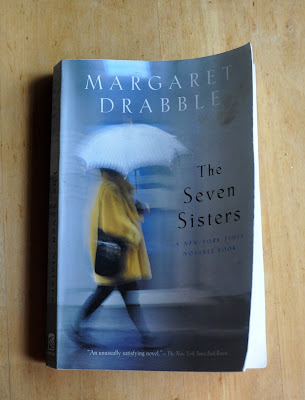 The Seven Sisters by Margaret Drabble could have been a cliche -- woman who has lived for her husband is left by her husband and goes on to find herself in a new life. That's the book --but the writing is beautiful and  the characters excruciatingly real.
The Glorious Adventure by Richard Halliburton. Halliburton's romantic travel adventures fueled my teenage imagination back in the mid-Fifties. Of course, since he was writing in the Twenties,  the world he described no longer exists. But what fun to follow his travels as he attempts to trace the wanderings of Odysseus, swims the Hellespont, climbs Mount Parnassus, consults the oracle at Delphi, and takes shelter in the Cyclops's cave!
The Book of Small by Emily Carr is a real oddity. Carr is a well-known artist of the Canadian Northwest and this is a memoir of her childhood -- growing up in Victoria, British Columbia in the late 1800s. I found it completely charming.

To Dance With the White Dog by Terry Kay. The story of an old man whose wife dies suddenly, his and his children's attempts to cope with the new situation, and the mysterious white dog that only he can see. It could have been corny and maudlin but it's not. It's quietly moving and the old man is terrific.

I talked about The Year of the Hare  and  Feeding a Yen   over HERE. And there were more which I'll get to another time.  Currently, I'm rereading The Book Thief and enjoying much more than my first time through. 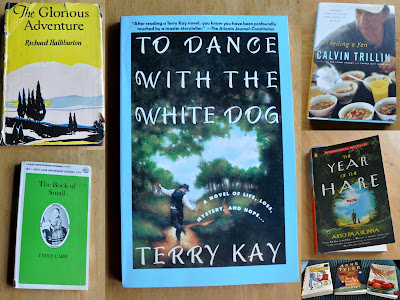 Here's a small plea to all of you who receive my heads-up notices that a new Goodweather Report has been published. I'm in the midst of switching my stuff, including mailing lists, from one computer to another. In the past, this has not always gone well and whole chunks of my address book have disappeared.

What I'd like to suggest, if you want to be sure to continue to receive the Report on the first of every month, is that you sign up, over there on the right and almost to the top, to subscribe to this blog by email.  I'm going to try very hard to maintain my lists  and will continue to send reminders as long as I can but the ways of information transfer from Vista to Windows 7 are fraught with hazard -- at least for me they are.

Wishing you a happy June --- looks like it's gonna be a hot one! 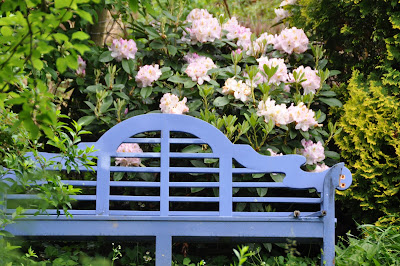