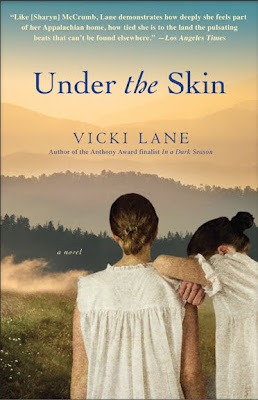 This is it! After far too long a wait, Under the Skin hits the shelves on October the 18th. And, much like your friendly public radio station, I'm here to ask for your support.
The sales figures for the first six weeks that a book is out are tremendously important from the publisher's point of view -- and that makes those sales important to the author.
So I'm hoping that lots of you will purchase my latest offering right away -- either as a classy-looking, larger format and much easier to read trade paperback or as an ebook.  To tell the truth, I'm hoping some of you will purchase multiple copies -- as a head start on holiday shopping.
Those of you who support your local independent bookstores may find copies there -- or you could always ask them to order some. And of course Under the Skin is available for pre-order on line from the usual sources.  If you're a library user, it would be terrific if you asked your library to order a copy. Everything helps.

If you're in western NC, I'll be at various bookstores, talking about the new book. My schedule is over there in the sidebar. I'd love to see you there! 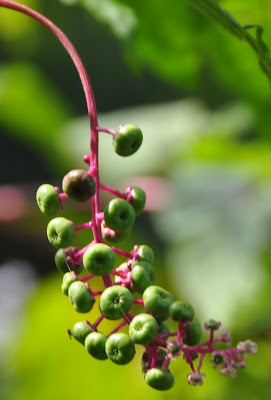 Under the Skin may read a little differently to you.  A few early readers remarked on this but couldn't say what it was. Well, it's that the point of view has shifted. After writing  four Elizabeth Goodweather books in third person point of view (Elizabeth opens the door; Elizabeth thinks about Harice,) I braved up and decided to write Elizabeth in first person (I open the door; I think about Harice.)
You see, in the early books, I was trying to distance myself from Elizabeth -- after all, the woman lives in my house, looks at my view, sits on my blue bench, pats my dogs -- third person seemed necessary so there shouldn't be even more confusion between the widow Goodweather and me.
But after four books, it seemed to me that Elizabeth was very much her own person  and she could speak for herself. And that's what she does in Under the Skin. The odd thing was that, as she spoke, I found that she was a little. . .  well ... bitchy. And after a few chapters of snarky comments, I really had to take measures to rein her in.
I hope you'll find the results interesting.  There's an excerpt from the first chapter HERE
and another that shows the really bad effect Gloria has on Elizabeth HERE 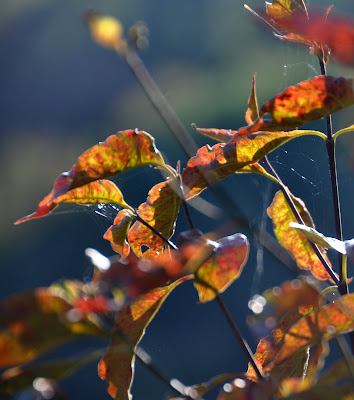 BOOK REPORTS
Ruth says:  I just finished reading The Help and loved it. We had maids when I was a kid, but not the every-single-day sort. I think they must have been filling in their work week when they came to our house once or twice a week...so they weren't all that sweet mostly. Some were grumpy like Rosalie. But my cousin Sally's family had a maid that came every day and was the most big-hearted woman in the world (Essie). She would grab you up every time she saw you and give you a big hug as she was saying "Hay Baby, how ya doing?". She had impatiens and begonias all over her yard...she was the only person I knew that had flowers in coffee cans sitting on her steps and all around the yard.

Also just saw Midnight in Paris...this you must see on the big screen (so that you fall in love with Paris) because I am pretty sure you will love the movie. I would have sat through it all over again if there had been another showing.  .


Ann says: I saw THE HELP movie.  I didn't mind the book but the movie left a bad taste in my mouth.  I felt like, not only did we whites enslave black people but gosh darn, we liberated them, too!  Had we not instigated freedom, they would have been too scared to.

Deana: Re "The Help;" I will probably see the movie in spite of my not liking the book, because I've read such good things about Violet Davis's performance, and also because so many women have roles. Gotta support our sisters! … reading "Let the Great World Spin." I just started it this morning and find it extremely well-written.

Donna says:  Many of the books that you and your readers suggest end up on my ever growing reading list. Some of them are ones I've considered and just haven't had time to read or even to add to the list. But, today, I added 3 or 4 to the list. THE ART OF RACING IN THE RAIN is among them.

I recently finished Lauren Belfer's A FIERCE RADIANCE. Just like her CITY OF LIGHT, which I read years ago, I had trouble putting it down when I needed to. [I steal reading time during rides to/from work, during my 1/2 hour lunch break, etc.]. Not a fan of historical fiction, I still found myself drawn into her novel of a young magazine photographer, her life here in the US during WWII and her involvement with the people working on the the discovery and development of penicillin as a weapon of war. I read it cover to cover and lamented coming to the end. I wish I could say the same for two other books that I felt I wanted to read last month, SAY YOU'RE ONE OF THEM and A GOOD FALL. Both story collections sounded intriguing, but I couldn't get past a couple stories in either one of them.

Still plugging away with THE SPIRIT CATCHES YOU AND YOU FALL DOWN. Although I enjoyed reading it earlier this summer, I set it aside for a time when I could read uninterrupted because it is requires more concentration on my part.

Liz G - I just finished a wonderful book Bonnie Jo Campbell's "Once upon a River". It was breathtakingly beautiful. Lyrical and vivid. A must read! 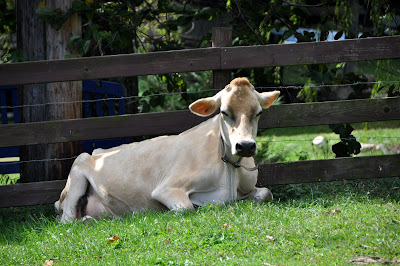 And Vicki has been reading too : The Passion of Artemisia and Luncheon of the Boating Party, both by Susan Vreeland - wonderful imagined glimpses into the live of two very different painters. I said more about these two OVER HERE.
I also read a fascinating fantasy called Among Others by Jo Walton. I'll be looking for more by this author.

Pinhook: Finding Wholeness in a Fragmented Land  by Janisse Ray  is  non-fiction about the fight to preserve a wild area in southern Georgia.  I blogged about this one HERE.

I reread The Nanny Diaries -- funny and sad at the same time. Some people just have too much money.


All Cry Chaos is a terrific read -- a thriller and the debut of a series I will look forward to following. And now I know just a tiny bit about fractals and chaos theory. 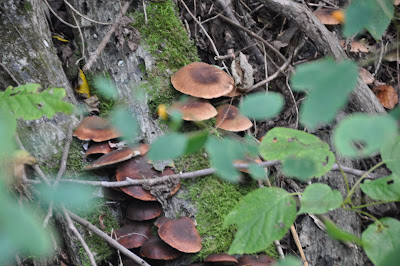 Labels: Under the Skin

I will buy my copy at Fountain Books and look forward to seeing you on 18 October!

Mine is pre-ordered, but I will be up your way around mid October so maybe I'll pick up a copy in Brevard!

Looking forward to seeing you at Fountainhead Books!

Had it on pre-order since June. And can I get away with saying that it's a very, very good book?--Mario

Can't wait to get my hands on it!